Today we got to chat with a young artist out of Florida who is jammin the Blues at a level far above his age.  We find out more about his new CD release ‘Inspired’ and how he sees Blues music fitting in with the modern music scene. 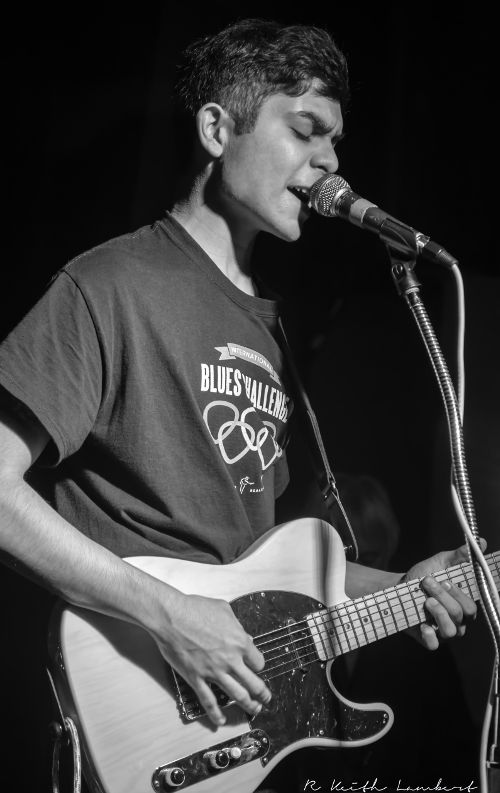 SB (StarBeat): Genres: What do you think drew you to Blues music, even from a young age?

DJ (David Julia): Feelings!  When you play blues music, you can’t help but feel it.  The Blues is not a “genre” it’s a feeling that you get down deep in your soul and comes out as music that moves you.

SB: Classification: In this pop culture age, where do you think classic blues music fits in? Do you try to modernize it at all?

DJ: Right in the center, let’s not forget blues/roots music is the foundation of most of todays modern music. Like the old saying goes, the blues had a baby they called it rock and roll!  I would never try to modernize or change classic blues/roots music that would be disrespectful. I do believe there is room for my own original music within the genre but that is not up to me.

SB: Albums: You recently released your CD ‘Inspired’, what kind of songs are included on it?

DJ:  Inspired –
1. Hey there Sally   It is about my spoiled, crazy, mischievous, gorgeous, intelligent and loyal dog Sally.  A sassy little Jack Russell terrier that’s on the back cover of “Inspired”.
2. Throw me a rope   Addiction has touched almost everyones family at some point. This song is about one that touched mine!
3. Sunshine Boogie   Was originally going to be named Gator Boogie until the sunshine came out.  Hanging out on the patio one rainy Florida afternoon with Sally and my guitar watching a Gator swimming in the lake and then the sun came out!
4. If only    I got dumped, was feeling blue and wrote this song!
5.  Don’t get me going   Just getting ready to start a show and I saw a pretty girl playing with her hair and her face in the phone. Wrote this on the way home from the show!
6.  You don’t need no shelter    I wrote this one a while ago during a hurricane. So much thunder and lighting Sally jumped into my arms and was shaking so bad and I just started singing to her “You don’t need no shelter as long as I’m around” A duet with my producer Mike Zito and my mom’s favorite song. 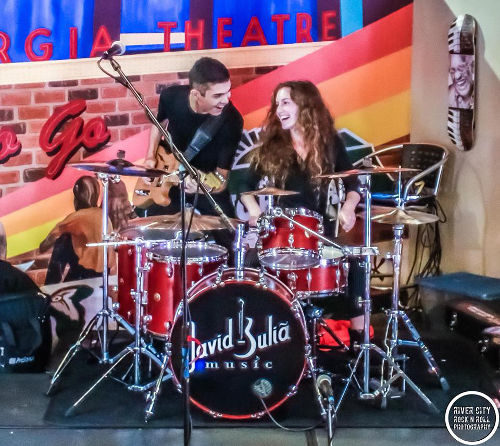 I named my CD Inspired, because I’m very aware of the debt I owe to the musicians who have inspired me. The legends of the past and current musicians who came through Florida, shared their stages, taught, befriended, encouraged me to be the best I can be and helped me on my musical journey.  Of the five artists I covered on “Inspired” I became friends with each one except for the late great Michael Burks. Michael’s music touched me so much not a day goes by that I’m not thinking of, humming or playing one of his songs.

SB: Place: Do you think coming from the Southern US is a prerequisite for playing the blues?

DJ: Coming from Florida where some of today’s top artists reside is a real plus. I have been blessed to be on stage with some of the world’s best musicians that reside or come through Florida’s rich live music scene. 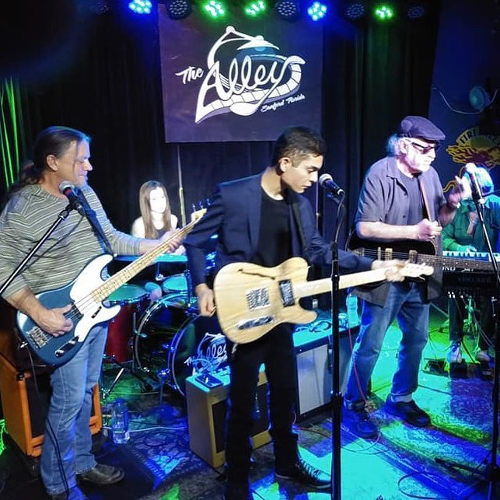 SB: Future: Since you haven’t completed your second decade yet, what do you have planned for your career?

DJ: Not a lot planned just work on the next CD (my third), we also have lots of show scheduled thru 2020. I would like to do more festivals and tour Europe with my band – that’s a goal.

Out of Time w/ Catherine MacLellan