Singer, songwriter Alicia Sky’s new music video comes out right now, so make sure to get the first look at ‘Turn the Sky Blue’. We talked with her to find out more about her musical journey, and the making of her current video.

AS (Alicia Sky): This year has been my most successful year with the MTV placement and string of LA shows at the Hotel Cafe, Whisky a GoGo & Breaking Sound. I’m super grateful for the opportunities.  I wouldn’t say there has been a turning point, but more of a series of small stepping stones that lead to another. My music video “Mr. Fancypants” caught the attention of some major record labels, so that whole journey was a whirlwind and I know I’m going in the right direction. I don’t have a major label deal, but that’s ok. I get to make all of my own creative decisions and keep all my earnings. This industry isn’t exactly a fairytale, but something you have to work really hard at or opportunities don’t fall in your lap. You have to create them.

My song “Hottie” was played on MTV Siesta Key. It was so crazy to see my name and hear my music on a channel I always dreamed of being on.  I opened for Ryan Cabrera this year at the iconic Whisky a GoGo. I own his album from 10 years ago and knew all of his songs, so it was so cool to open for him and hang out after the show. 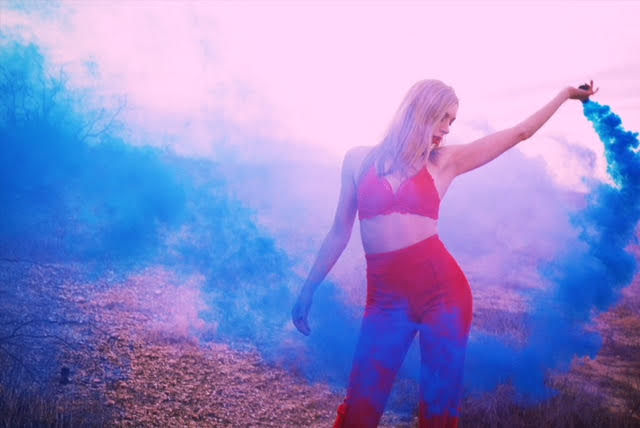 SB: Starting Line: What was your inspiration behind your new music video ‘Turn the Sky Blue’?

AS: I wanted this video to be colorful desert vibes rather than a narrative like I’ve done before. The song is about being in a funk where everything is shades of gray and all of a sudden a new love comes into your life and everything’s bursting with vibrant color again. I wanted the desert to look like a rave in nature. 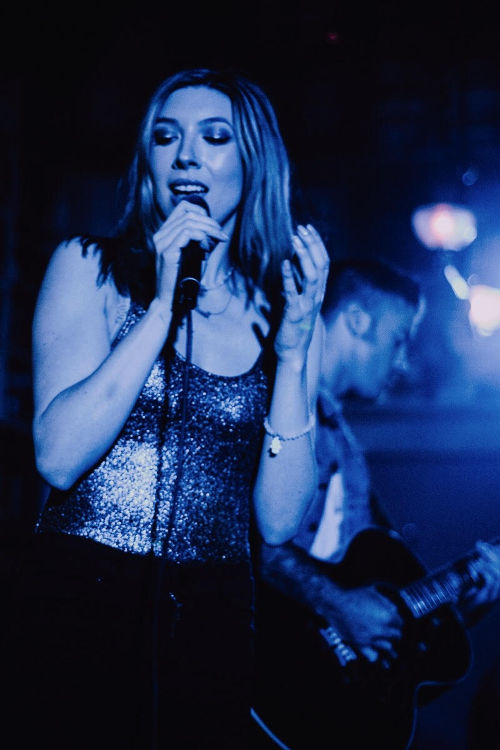 SB: Road Block: What challenges came up when you were shooting this music video?

AS: It was one of the first videos I directed and co-produced, so there’s a lot of details and logistics you wouldn’t normally think of as an artist.

We shot in the desert near Palmdale, so I had to use my car battery and leave my engine running for hours on end while they powered the camera batteries. We also started late cause the rig wasn’t functioning properly so the entire time we had to chase the sunlight, or risk getting dark, grainy footage.  You also have to make sure you don’t get a ticket for filming without a permit in LA so that was always in the back of my mind while on set.  Then my editor couldn’t finish it and it took me weeks to lock down a new one, then the current editor got the flu and it got postponed, and now it’s finally finished!

SB: Look Book: How did you style this video?

AS: I’ve learned a couple things along the way of making music videos, and one thing that was the most difficult was always running around the mall shopping for looks and trying on mountains of clothes. Without a stylist, there’s just too many options to wrap your head around and it’s exhausting. So I picked out everything online on one website (fashion nova) and hit forever 21 for the accessories and was done in a day! No stress or exhaustion required. The day before video shoots I organize & label each look into separate bags and take a photo of each look so I know I’m not missing anything. As a DIY artist, you have to be on top of your sh*t.

SB: Direction: What artists inspire you?

AS: I love when artists write their own songs and create their own visuals. Lana Del Rey, Taylor Swift, Bebe Rexha and Charli XCX are some of them. 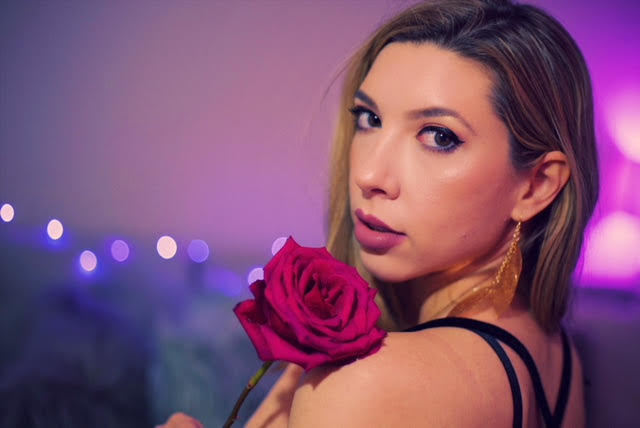 SB: Messaging: Since you have a platform what message would you like to spread?

AS: I think if you have a big audience it’s a waste if you’re not sharing positivity and inspiration. I’ve been vegan/vegetarian the last 10 years and I’d like to inspire my followers to live a plant based, awakened, cruelty free way of life.  I share a lot of vegan food on my IG stories hoping to sway people from animal products.

There’s enough hate and negativity in the world so my mission is to make the world a little brighter with art, music, kindness and inspiration to follow your dreams. Love, light & good vibes only here!