Let’s take a minute to chat with the country band Big City Lights and find out about their new single, how they came to be and what they think about the summer festival series.

SB (StarBeat): Formation: Is it true that the good ol’ Internet brought you guys together?

BCL (Big City Lights):  Yes, there is some truth in that.  There was the beginnings of a band already together, but from that core, only our drummer Kevin #TheFerg is still here. At that time it was a couple singers (lead and harmony) and a drummer, so the internet brought our bass player Johnny #TheTornado around when it was posted they were looking for more members. From there, we were rehearsing one day and in the hallways of the jam spot – Johnny bumped into Keith #TheDream and mentioned BCL was looking for a lead guitarist/harmony guy.  When he found out we were that group rehearsing the silky sweet harmonies down the hall, he was on board immediately.  We ended up finding Mekeli #TheVoice at his open mic that he and his brother were running in Toronto. We were scouting for a new lead singer and asked him if any good ones came through and he said “How about me? I’m up first so have a listen.” We heard him do his thing and WE were on board immediately. 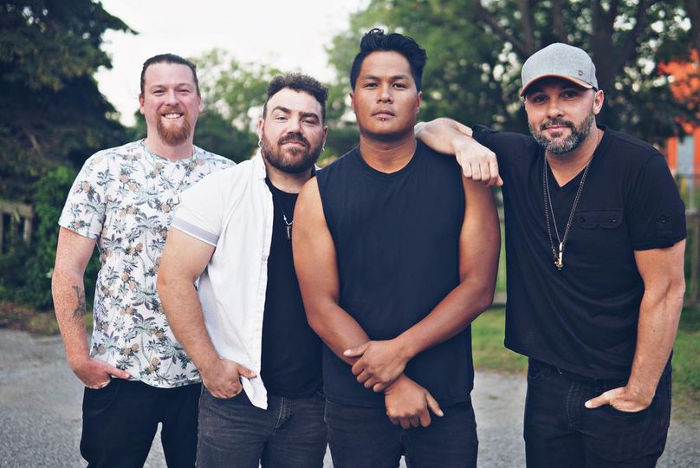 SB: Showtime: What can we expect from one of your live performances?

BCL: Above all, the word energy comes to mind.  We all come from different musical backgrounds, and together we are almost like the Transformers, where once we combine all our powers together we create something greater and more powerful, and that energy comes off the stage through us. From jumping scissor kicks, to hair swinging solos and maybe even a couple coordinated moves up there, we aim to put on a show and leave it all on the stage. 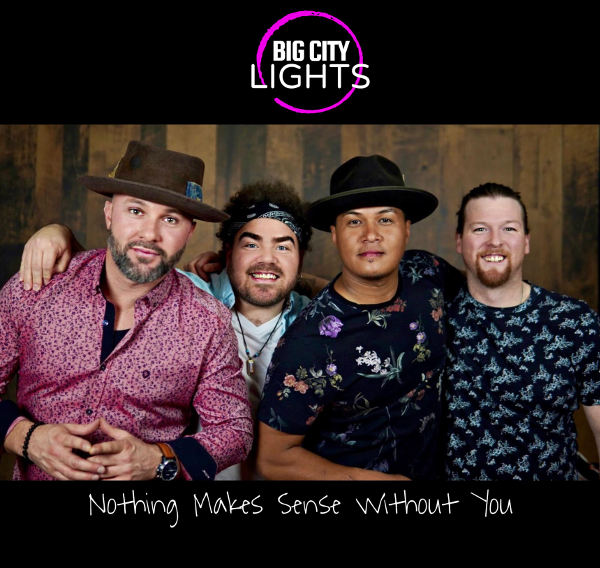 SB: Record: Your new single ‘Nothing Makes Sense Without You’ actually makes some pretty good sense and it’s a great listen. How did this song come to be?

BCL: It’s a song that comes from that feeling in your gut, when you may just be getting to know someone, but the vibes you are receiving are overwhelming in a good way, and you can almost picture a lifetime with this person, even after a first kiss. It’s about following that feeling, shooting that shot and taking that chance on love.

BCL:  Cold beer and hot weather. We don’t get much of a festival season in the Great White North, so when it comes, we take advantage  Of course we love to play festivals, but even if we weren’t playing a festival, we also enjoy attending them.  One thing about the country genre is the people buying the music and attending the shows are there to have fun, period. The vibes are always upbeat and positive, so it’s hard not to have fun at a country music festival, whether you’re a fan of country music or not.