Surgeon General’s Warning: Listening to Tricks by the lovely Lovey James may lead to obsessive listening to Tricks and anything else by Lovey! Don’t say we didn’t warn you. We took the chance to get the deets from the voice herself, on her past, present and future in music.

SB (StarBeat): The First Track: How did you get started in music?

LJ (Lovey James): I began singing when I was 8 years old, totally on accident. I was part of a competitive dance team, and randomly took a musical theatre class at my studio, which is where I met my vocal coach, who is still my coach to this day. She called my mom up and insisted that I begin taking vocal lessons. I would sing and compete in the vocal division of all the dance competitions and began winning, first place, titles and even scholarships. 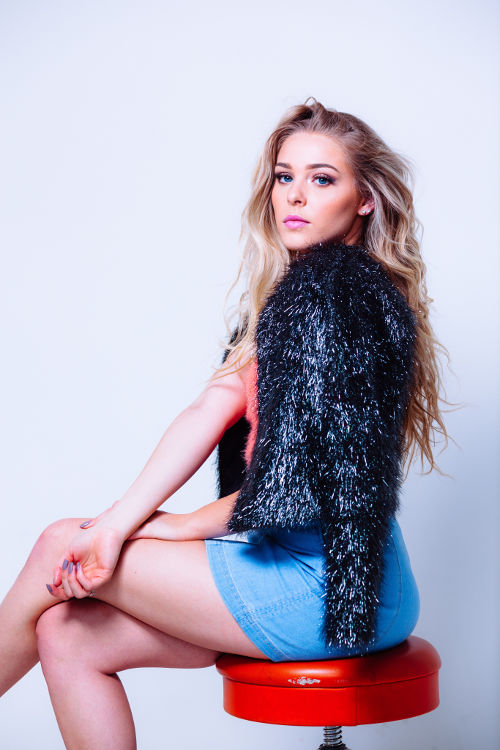 Needless to say I refused to get off stage and absolutely loved all the attention it brought my way. Through the years I continued singing and dancing until I reached about 13. It was during my middle school years that I really decided music and singing was what I wanted to do. So I gave up competitive dancing which was extremely hard because it was something I was passionate about and had done for 7 years, and I found other ways to get on stage more for singing.

I sang in my local towns “Hillsboro Teen Idol” and won that which lead me to sing for the bigger version of the competition called “Portland Teen Idol”. Both competitions were great experiences for me and I met amazing people through them! I continued singing and eventually started to release original music which was a huge step for me as an artist at such a young age.

I ended up singing with a manager in California where I began touring with internet influencers who produced content on social media such as YouTube, Vine and Instagram. I had the opportunity to tour the world and share my music as well as build a fanbase at the same time. These shows helped me to build an audience of my own and gain loyal fans. After I had gained a presence on social media American Idol reached out to me and requested that I Audition.

SB: Being an Original: Have you released any original content since American Idol?

LJ: Yes! I most recently released a new single called “Tricks” which I wrote with Troy Welstad, Neil Ormandy, and Steve Solomon who wrote “Say You Won’t Let Go” by James Arthur. Working with them was one of the best experiences I had ever had in songwriting. They are all so extremely talented and easy to work with, I had an absolute blast. 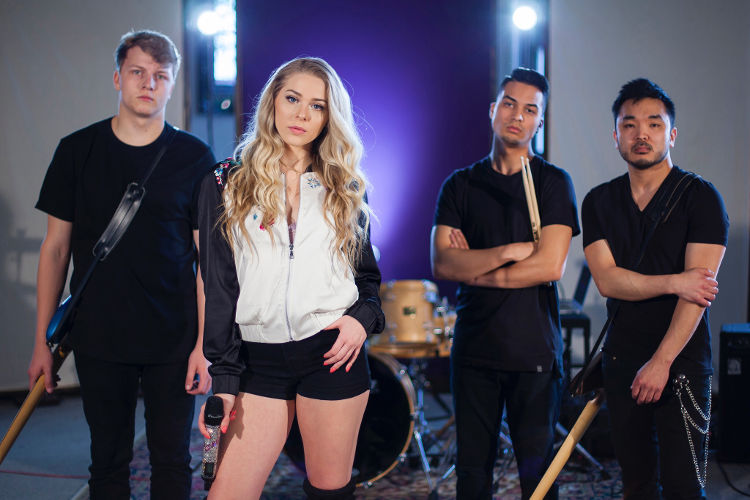 SB: Picking Favourites: What’s your favorite thing about being a singer/performer/artist? 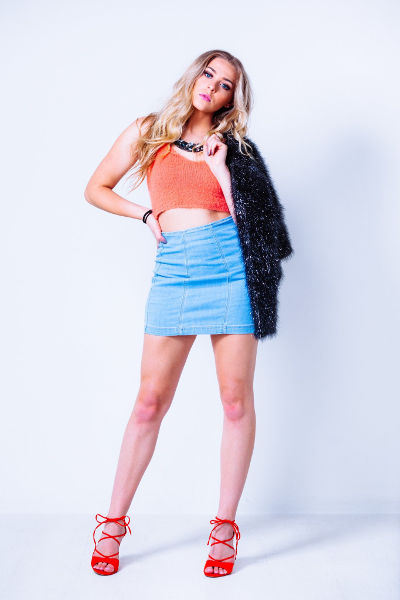 LJ: This is such a hard question for me to answer because there’s SO many things I love about what I do. Of course I love performing, the rush it gives me and the opportunity I get to meet my supporters and fans while doing so is such a blessing.

If it wasn’t for these fans who took interest in my music then I wouldn’t be where I am today. Along with performing comes touring and traveling which UGH I love love love to travel and see the world and what better way to do it than traveling with an amazing team, and getting to meet fans from all over the world.

Another thing I love about what I do, which is a huge part of my life is giving back. I recently became a celebrity ambassador with an organization called ChildHelp who helps children who have been physically, emotionally, and/or sexually abused. They supply treatment and prevention for these children. This cause is so close to my heart because I have a cousin who was recently adopted into my family who came from an abused home. I have helped at 2 charity events so far and have raised close to $45,000 and I don’t plan on stopping these events any time soon.

I will continue to support this organization and use my talents to spread awareness.

SB: Final Bonus Track: What’s next for you?

LJ: I am back in the studio and writing again! I plan on releasing another single or two before dropping my EP in the fall. It’s all so exciting and I just really want people to hear my music.

I have really been soul searching and finding myself as an artist, I think I have finally found my sound and the vibe I want to go for and I just can’t wait to see what everyone thinks. Besides writing I just got a band which is super super exciting. We’ve been traveling together for the past couple months now and have a bunch of gigs lined up for the year. It’s so great to perform with a live band especially when they’re as talented as the boys I have playing on stage with me. We always have a great time together. 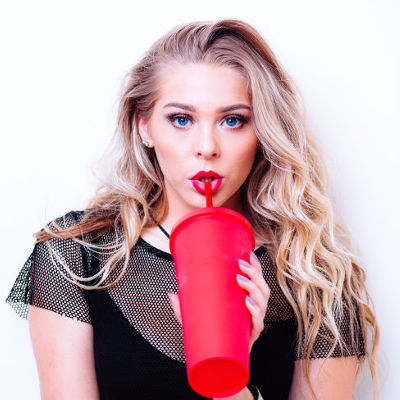