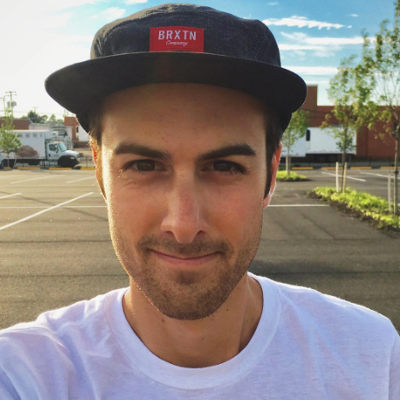 15 years ago I was totally into street, then in 2005 I picked up freestyle. Because of my past my freestyle skating has a heavy street influence. I enjoy rolling tricks, flipping my board, and linking tricks together, but ultimately, I’m more interested in the way a trick looks or feels, rather than how difficult or technical a trick really is. Since I won the amateur division in the 2007 at the US Freestyle Skateboarding Championships, I won a free entry into the pro division later that day. What a day that was, as I ended up placing 3rd in the pro division as well.

I graduated from Virginia Commonwealth University (VCU) in 2014 with a B.F.A. in Filmmaking. I am a full time videographer / video editor that makes advertisements and educational content for a laser alignment company. I’m also in the process of setting up my own production company, Seahaus Films. I hope to one day be working full-time for myself as well as directing my own independent feature films. Mike Osterman and I are heading our own pet project producing a series of fun little skate videos that will showcase freestylers and creative street skaters around the world. We hope to debut the first video online in the spring 2016. I have been trying to get to the World Round-Up for a few years now, but life and school kept getting in the way. I can’t wait to see Vancouver and compete at the Round-Up.