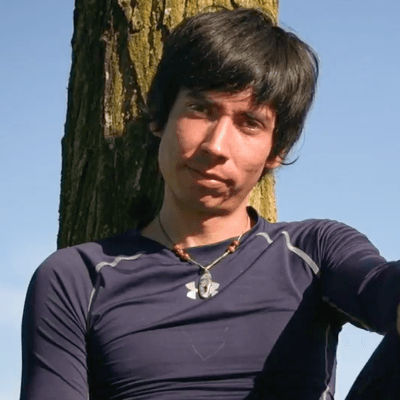 Cristóbal lives in Santiago, Chile, which covers 5,947 square miles and has a population of over 6 million. Established in 1542 by Europeans, it is Chile’s smallest by area, but most densely populated region. That being said Cristobal says that Santiago is a really nice city to live in, beautiful and full of nice people with lots of great spots for skateboarding. He got into skateboarding thanks to a friend, who gave him the Tony Hawk Pro Series 2 game for Playstation. He had so much fun playing it that he went out and bought one of those $7 fully assembled boards. Skateboarding was so magical and fun back then…!!! Cristobal got into freestyle because it is the ’root of creation’ in skateboarding. “If it can be done on flat-ground it can be landed anywhere.” He went on to say, “I use to practice about 18 hours a week back then but find my knees have slowed me down, lucky to get in 8 hours a week these days.”

A graduate of Universidad Tecnologica de Chile, Cristobal is an Electronic Engineer that works as a software / firmware developer. He dabbles in filmmaking, even won a few film festivals when he was young. Lately he has been dedicating his free time to photography.

When asked why he wanted to go to the World Round-Up, Cristobal said, “I want to meet Rodney Mullen and Kevin Harris, who are my idols. Since I am lacking in experience when it comes to on competitions, I can’t wait to meet other freestylers and learn from them.”

The World Round Up: http://www.theworldroundup.com/cristobal-bahamonde/