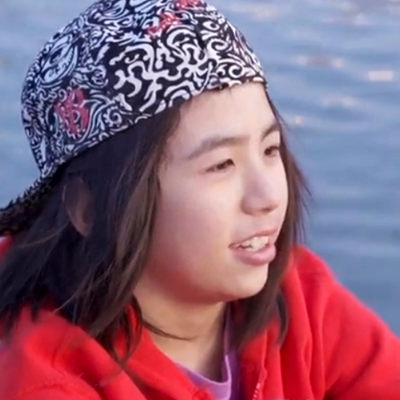 Anyone that has watched a Rodney Mullen Video on YouTube can’t help but be amazed and think, “I wonder if I could do that”. Well, for 14 year old Isamu, who is a student at Ojiyama junior high school, it has been an obsession, practicing everyday to become like Rodney. He loves skateboarding and has been influenced by Chopper of the Osaka Daggers, Kilian Martin, Gou Miyagi, Daewon Song, Chris Haslam, Jason Park and Richie Jackson. Isamu is also very proficient in Free Skating and hopes to become a good skater like his idol Mattie Tyce. 2014 was a very important year for him, he became a team rider for the Fujii Brothers FS Team and he and his father, Shoji, were able to go to Canada to the World Freestyle Round-Up. “I had a great time at the Round-Up competition, meeting a lot of wonderful people, having many awesome experiences and taking 1st place in the Amateur Divisions”. The following year Isamu turned pro and took 4th place at the Round-Up, quite a feat for a 12 year old. “Japan is a very beautiful place and just like British Columbia, which is also very green, it rains a lot, so on those rainy days when I can’t skateboard I love to draw cartoons and graphics on my skate decks. My mom says that my creative interests in art have a synergistic effect on my freestyle skateboarding”.

Recently, he has been very busy entering competitions, putting on demos at local festivals, shooting for CM and doing TV interviews for the media and press. Although his schedule is sometime very hectic and difficult to do, he always has fun and enjoys it. But the biggest and most exciting event this year is going to be WORLD ROUND-UP! “I’m looking forward to seeing and skating with all of you again”!

The World Round Up: http://www.theworldroundup.com/isamu-yamamoto/