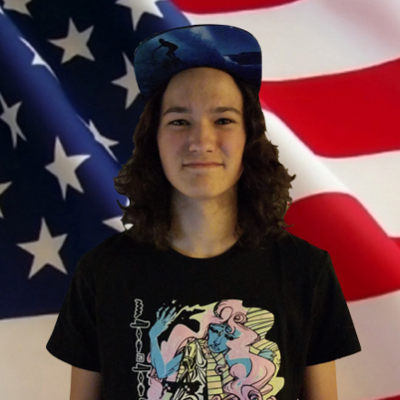 I first rode my Dads old Z-Flex when I was about 11, but never took skateboarding seriously until I saw freestyle skating. It was my Dad’s old skate film Psycho Skate featuring Primo Desiderio and Rodney Mullen doing these tricks that I never thought possible, that caught my eye. The first thing I did after watching that video was to go on YouTube and search for freestyle videos and Dan Garb’s video came up first. After watching him I was hooked! My dad first started helping me learn some of the old school freestyle tricks like kickflips and such, but I advanced too quickly for him to keep teaching me, so I started learning a lot on my own. Shortly after that I found Trick Tips and started talking to Dan Garb who would give me a little tip here and there.

Since I am the only freestyle skater in town my progression was slow and sometimes I thought I was going no where with it. But the more I practiced and learned new tricks I began to think I could maybe compete, the only problem was there are no freestyle contests anywhere near where I live. When I heard about the World Round Up and that it was reasonably close, I told my mom and she said if I was dedicated and practiced enough I could go. I am currently attending Canyon View High School and work as a dishwasher at Rusty’s Ranch House to make some extra cash to go to Vancouver. I’ve been dreaming of going to this contest to meet new friends and learn new things from all the sick bros!

The World Round Up: http://www.theworldroundup.com/nick-beaulieu/