We got the chance to talk with power-pop trio Autogramm about their band members, their musical influences and what they hope to have coming up in 2021.

SB (StarBeat): Obvious: Just curious where did the band name come from?

A (Autogramm):
Jiffy Marx: I actually don’t know and am legitimately hoping one of the other dudes can answer this as I am morbidly curious.
C.C. We had a bunch of name ideas, many of which were German words. For some reason we all agreed on Autogramm.
Silo: There’s a Canadian hair band from the late 80s called Autograph — we were hoping to enrage them but so far our troll has gone unnoticed. 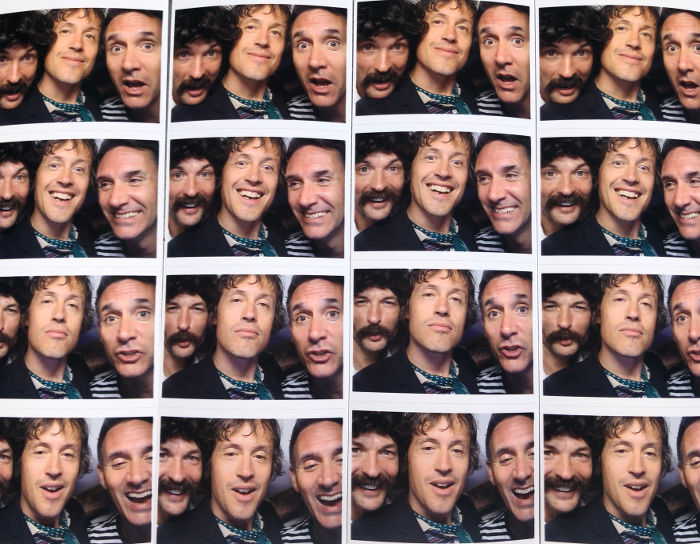 SB: Sum of the Parts: Can you introduce each band member to us?

A: Jiffy: The Silo is the greatest living drummer after Ringo Star and C.C. Voltage is the Kevin Bacon of punk rock!
C.C. Thanks Jiffy! And Jiffy is the John Oates of punk rock?
Silo: More to the point though —
Jiffy Marx is the greatest dad to ever sing, play monosynth AND guitar at the same time
CC Voltage is power pop and academia’s premier lead bassist
The Silo loses his mind a bit live, usually in an entertaining way, and tries hard to mix the sounds right

SB: Anxious: Your current single has a catchy name – is Anxiety having it’s 15 minutes of fame right now?

A: Jiffy: Yeah, I mean everyone has anxieties but maybe it takes a world pandemic for them all to erupt simultaneously? Anxiety can unfortunately cause things like anti-mask protests but it can also inspire creative things, like our song;)
Silo: Anxiety is really saturating the market right now. I like their early stuff. 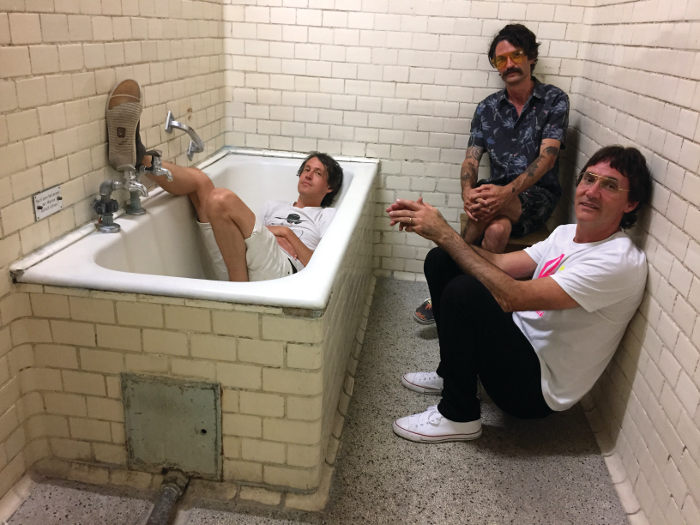 SB: Influencers: What type of music influences what you guys are doing?

A: Jiffy: Originally it was just gonna be a new wave rock’n’roll band like The Cars but it wasn’t long before a bunch of 80’s pop and post punk influences started pulling us in different directions (thankfully since even The Cars only had one really good album!)
CC: During writing this album I was deep into The Police Ghost in the Machine. And Missing Persons.
Silo: If this is a party DJ set of Autogramm’s influences, I’ll add The Cure Seventeen Seconds, Tubeway Army s/t,  XTC Drums and Wires and Ultravox Ha!Ha!Ha!Ha!Ha! to this list.

SB: Futuristic: What exciting things will be coming up in 2021?

A: Jiffy: Covid vaccinations!
CC: We’ve got Argentina on the radar. Getting some good press there!
Silo: Goddamn I hope we get to play a bunch of shows! Ideally a few in Canada, a few in the US, lots in Mexico and Argentina, Europe and Japan?! Hi Japan!